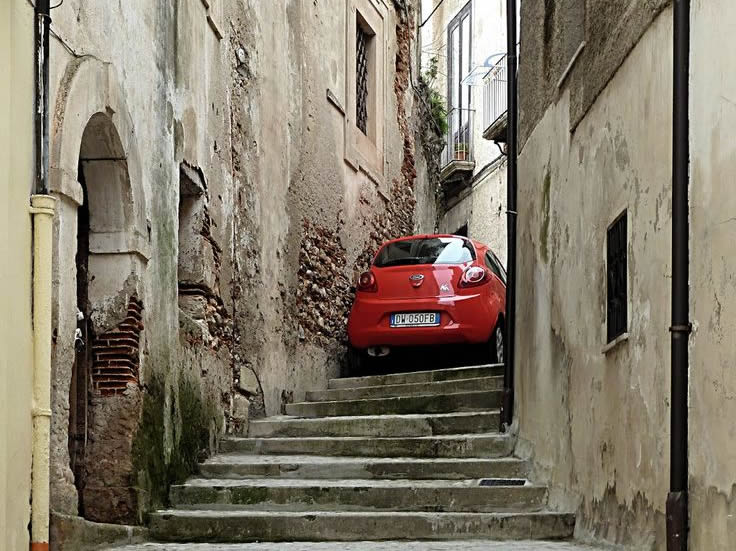 There we were, Gail and I, with Filippo, owner and driver of a new model Fiat. It was nice, and comfortable for a small car. Filippo was driving us in and around Verona, Italy, for the grand tour. For Filippo, it seemed that driving was more of a non-contact demolition race. Yes, he is certainly an interesting driver. LOL!

Rules for driving in Italy? Sort of like “Rules in a knife fight?” a la Butch Cassidy and the Sundance Kid. In other words, NONE, at least for Filippo. More on Filippo’s daring demolition, uh driving, skills later. 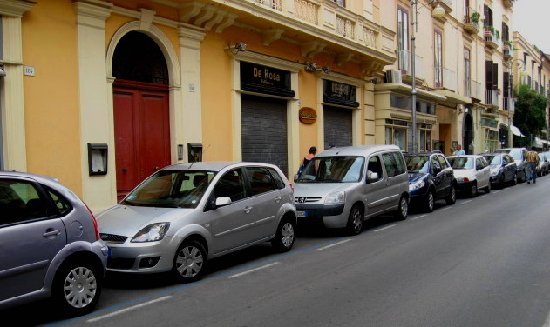 Man, could Filippo make it through unbelievable tight spots, traffic jams, and into even the most minute of parking places (those spaces about the right size for a motor scooter). Can anyone back a small Fiat into a 6 or 7 foot long parallel parking space? “NO,” you say? That’s what I thought, too. It looked impossible to me, and I can parallel park with the best of them. The constant beeping from the proximity sensor in the Fiat had Filippo cursing nonstop (in Italian, of course). He didn’t need the sensor anyway. He could easily have parallel parked the Fiat in that tiny space without it. Filippo maneuvered deftly as the sensor constantly beeped, he constantly cursed, and he repeated several times, “Si, si, capisco” (“Yes, yes, I know”) to the beeping sensor. He was obviously annoyed, talking to the sensor as if it could understand him. He wanted the sensor to know that HE knew he was close to taking the front bumper off of the car that he was backing up against – and the rear bumper off the one in front of us.

There were only several inches, (hmm, sorry, I was exaggerating – make that centimeters) between the three cars when he finished his demonstration and we were safely out of the perfectly parked car. We asked him about his Fiat. “Allora (well), first it is not a Fiat (FEE-ott).” It was a small lesson in Italian pronunciation. You see, in Italy, Fiat is pronounced FEE-it – like a gossiping woman from the rural south in the USA says”fit”. “Well, she just had herself a hissy FEE-it.”

Allora, Filippo’s demonstration that day was only one of the many Italian driving exhibitions we experienced. I’ll have to tell you about some more of them another day.

At least the Fiat was bigger than a Smart Car. At that time, Smart Cars had not yet learned how to cross the pond into the US. And they call them “smart”, LOL. Not smart! Those things are about the size of a large motorcycle with a tin shell cover and maybe a radio. That way when you are being smashed by a semi truck, you can listen while your favorite station gives a traffic update on your accident, too.

Well (oops, “allora”), there was some drama later for Filippo in his minuscule parking space. It seems that there was a demonstration in the street that night after we left the really wonderful restaurant – where we had been harassed by rose peddlers, probably from Romania. What a nuisance. Unless, of course, you like having a gypsy trying to sell you dead roses every 10 or 15 minutes while you’re conversing and eating with your friends. 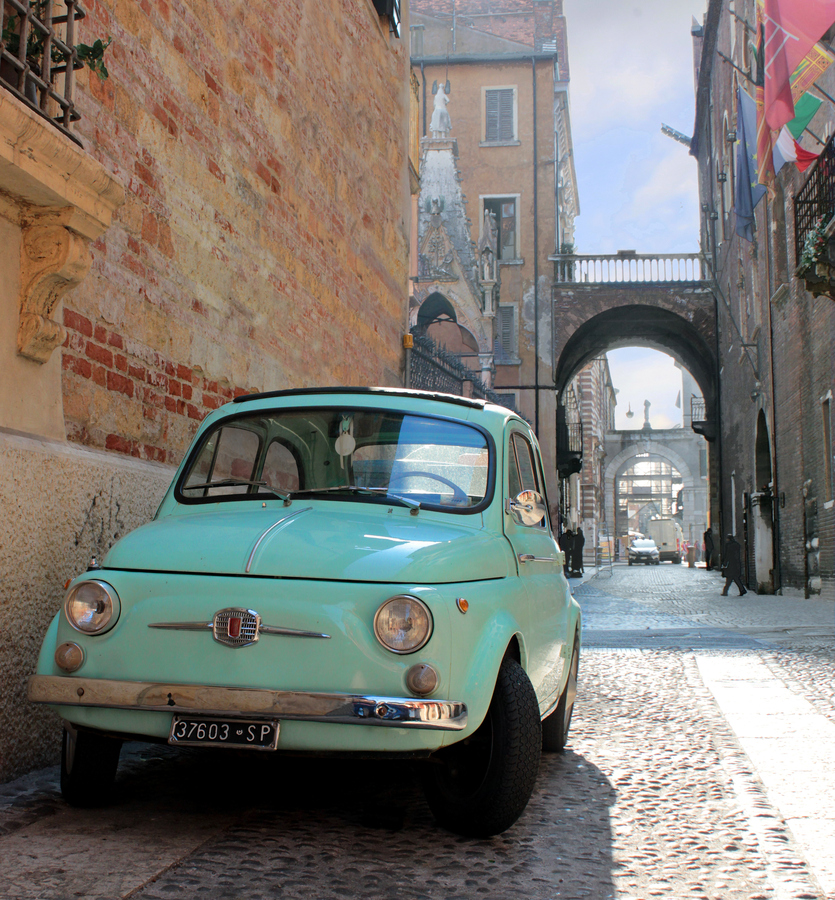 “Italian Standoff” with a Fiat

After the meal, as Filippo was attempting to leave his “cozy” parking space, the strada (street) was blocked by dozens of demonstrators for a cause “dear to their hearts”. What was dear to Filippo’s heart, though, was to leave and go the direction that he wanted to – into the demonstrators! (Never mind that that required a very tight U-turn on a very narrow street, but we had complete faith that Filippo could handle THAT!) We got to witness the Italian version of the “Mexican Standoff” right there in the street! The Polizia were called and there was a classic Italian shouting match. Did it matter that the cops were siding with the majority? NO! Not to Filippo. He continued on, in his hot-headed Italian way (or American way, for that matter). 🙂

We tried to talk him off his soap box but he was stuck – too much Grappa, maybe. Grappa, if you don’t know, is a type of liqueur – extremely strong! It is made from the dregs of the grapes after the good juice has been removed for making wine.

Finally it was finished and we still had a ride home. Not with the Polizia, but with the dare-devil demonstrative Filippo. In his FEE-it. Whew. 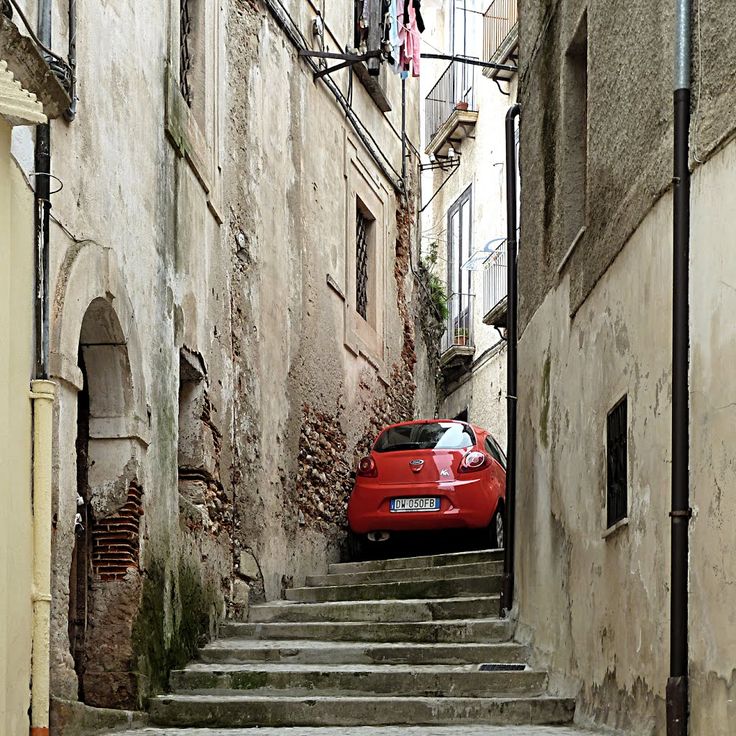